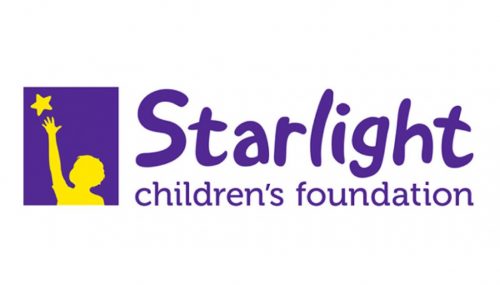 When hearing the term ‘vending machine’, many people likely zip straight to thinking of sweet and savoury “pick-me-ups”, thirst quenching drinks, and healthy YouFoodz meal available. Fans of Asian culture might start thinking about all the weird and wonderful things the Japanese in particular have been putting into vending machines for years!

Whether it was one of these options or something different, chances are the immediate connections with the phrase ‘vending machine’ didn’t really have anything to do with making the world a more compassionate, connected place. But today we’re going to explore just that. May we present, three noteworthy examples of ways and situations in which vending machines were used to make the world a more  compassionate, connected, happy place.

1. The vending machine that turns your plastic bottles into free food for stray dogs in Istanbul, Turkey

The heading for this one says it all really. There is a vending machine in Istanbul that accepts empty plastic drink bottles up the top, and then ‘pays out’ dry dog food and clean water in bowls at the bottom of the machine. These food bowls are easily accessible to any of the many stray or undernourished dogs in the city. You can watch a short video here of the process in action. Such a great idea! And you can see in the video how much simple joy and satisfaction this small act of service brings those who donate their empty plastic bottles.

2. The vending machine that brings attention to slave labour in the fashion industry

This social experiment and social awareness campaign was created by the non-profit group ‘Fashion Revolution’  in a bid to raise more awareness of the unsafe and inhumane conditions many fashion industry workers are forced to endure in multiple developing countries around the world.

Set in Berlin, participants in the experiment are first offered the opportunity to buy a brand new shirt for the bargain price of just 2 euros. However, in order to finalise their purchase, they are first presented a number of confronting facts about the workers who made that very, very cheap shirt.

For example, they are presented with the facts that many fashion sweatshop workers, a) are underage, b) work 16 hours a day, and c) are often only paid 13 cents an hour. These facts are accompanied by emotional real pictures. At the end of this mini information session, participants are asked if they would still like to purchase the 2 euro t-shirt, or whether they might like to make a donation to help end worker exploitation instead. Unsurprisingly, most chose to make a donation rather than score the cheap deal after being faced with these confronting facts. You can watch the experiment play out here.

3. The vending machine that brought moments of peace between India and Pakistan

To end on a happy note: It’s not often that a mere vending machine span nations, but Coke’s specially named vending machines ‘Small World Machines’ did just that! And brought many moments of joy and connection in the process!

Using advanced video technology and interfaces, with one machine in India and one in Pakistan, participants were able to see each other in real time and interact via their respective touch screens. Free drinks were given to those who followed the instructions, together.

Thousands of people drew love hearts and peace signs together, danced together, and connected with each other with huge smiles and waves! The short video, along with more information about the experiment can be found here – it’s a delight!

So there you have it! Three times vending machines saved the world! (At least a little bit.) Here at Gecko Vending, we like to do our bit to help save the world as well. Here are three ways we do our bit:

If you’re feeling inspired, get in touch and we’ll bring some vending machine magic to you!

Why Vending is Perfect for the Tourism Industry